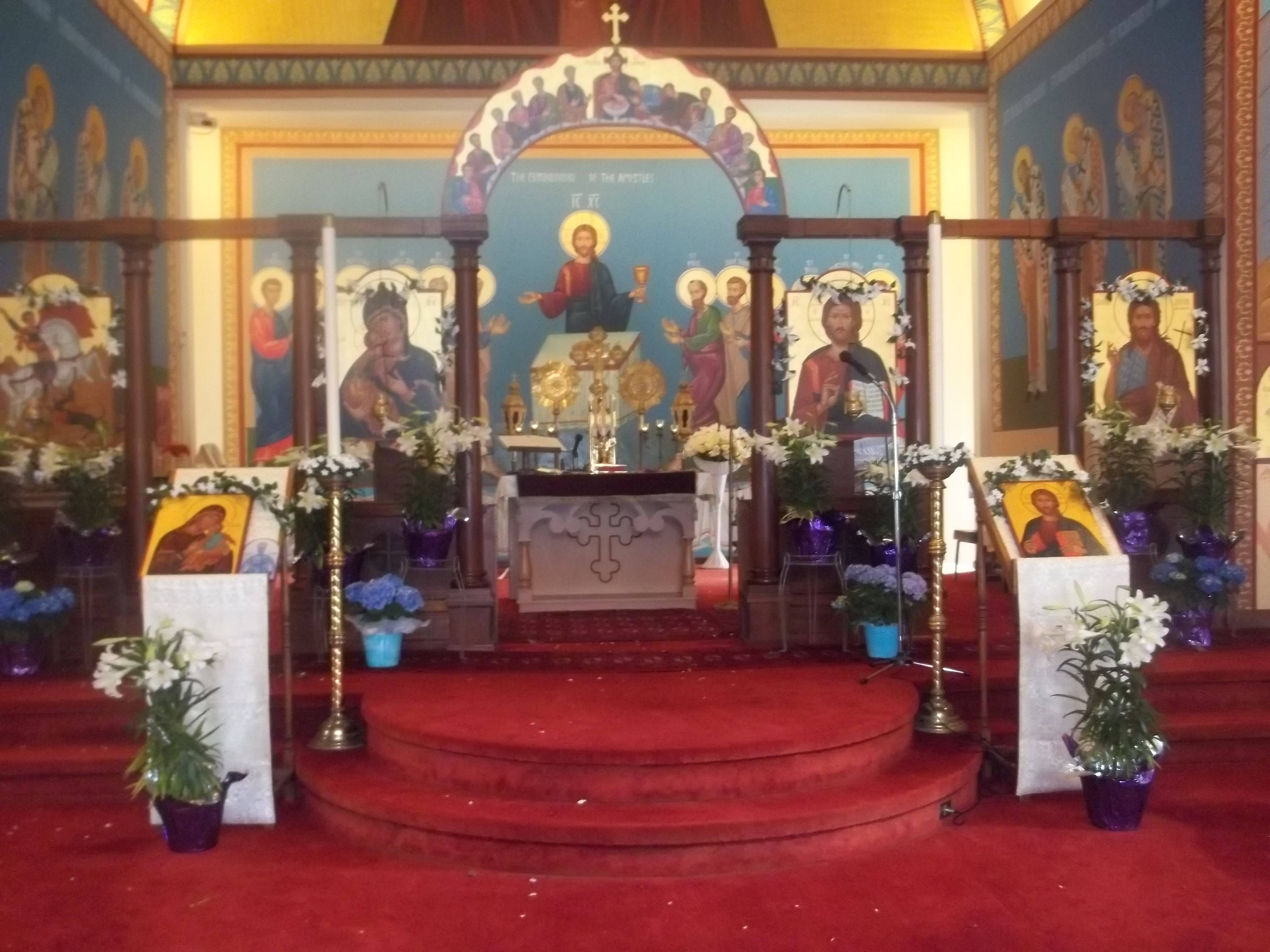 A small number of families from Greater Syria, which included the present province of Hatay and Antioch in Turkey and the Republic of Lebanon, settled in Danbury as early as 1909.  By 1915, the number of Syrian Orthodox families in Danbury exceeded twenty.  Although a Russian Orthodox Church (old St. Platon’s Chapel) served their religious needs, these families began to plan for a church of their own.  In June of 1920, a society named after St. George committed to founding a church named after St. George.  Membership grew quickly and funds were raised.  Itinerant Priests were invited to serve.  In 1922, a hall was rented on Ives Street for regular services and the first resident priest was assigned.  In 1923 land was purchased at 89-91 Elm Street on which a church was built and consecrated on November 9, 1924.  In 1969 the name of the church changed from “Syrian” to “Antiochian Orthodox Christian” to reflect expanding membership and in accordance with the name change of the Archdiocese.  In 1980 property on Kohanza Street was purchased and the city approved the building plans.  A new rectory was constructed on church grounds in 1986-87 and on September 13, 1987, the new St. George Antiochian Orthodox Christian Church was consecrated by Metropoltan Philip Saliba.

Today our parish consists of people from many and varied ethnic backgrounds, both "cradle Orthodox" and converts to the Orthodox faith.  Our services are conducted primarily in English with some of the hymns and readings done in Arabic.  The organizations of St. George include the Ladies Society,  Fellowship of St. John the Divine, SOYO, Church School, Choir, and the Order of St. Ignatius of Antioch.  The Parish Council is the governing body of our parish along with our pastor, the Very Reverend Father George Alberts who has been with us since 2004.